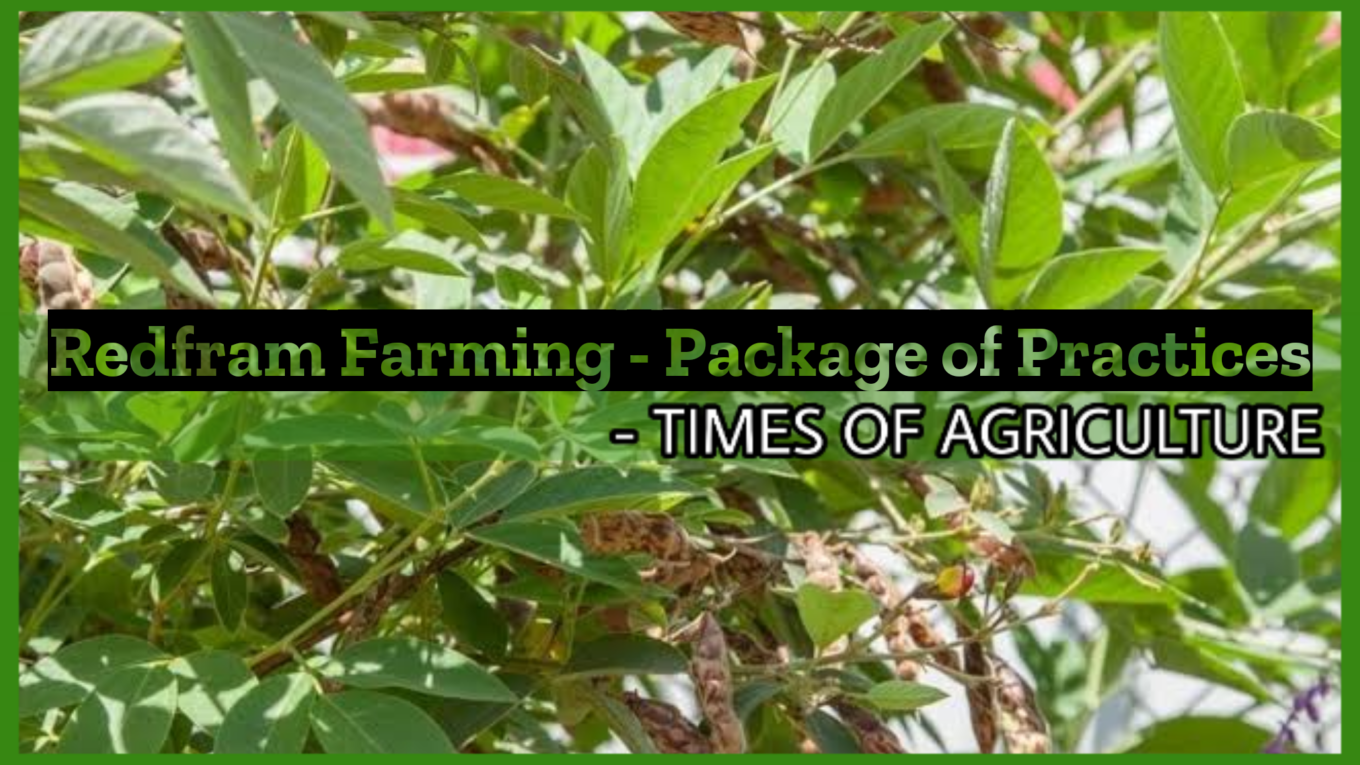 Introduction to Redgram Farming Package of Practices: Pigeon Pea is commonly known as red gram or arhar. It is a hardy crop and requires very little investment. It is consumed in the form of split pulse as dal. After chickpea, redgram is the second most important pulse crop.

Economic importance of Redgram Farming: Seeds of pigeon pea are rich in Iron, Iodine, and the essential amino acids like lycine, tyrosine, cysteine, and arginine. The husk of redgram pods and leaves obtained during threshing constitute a valuable fodder for cattle. Leaves are used to feed silkworm and plants are used to culture lac insect.  Pigeonpea plants also act as windbreaks. Sticks of Pigeon pea are used for various purposes such as thatch, basket making, etc. Stems are also used as fuelwood and to make huts, baskets and are used for paper pulp. Being a Legume crop it consequently possesses valuable properties as a restorer of nitrogen to the soil.

Climate requirement for Redgram farming: Redgram grows mainly in a tropical and sub-tropical climate.  During vegetative growth, it prefers a mostly moist and warm climate. However, during Flowering, ripening and pod setting, cool and bright sunny days are necessary. It is raised in the area having 20-30ºC temperature during Kharif and 17-22º C during winter season. Temperature ranges 10 to 40ºC and the optimum is 20 to 28ºC. Cloudy weather and excessive rainfall at flowering damage the crop extent because of a deep root system. Grows up to 1500m altitude above MSL and well-distributed rainfall of  500 to 900mm.

Soil requirement for Redgram farming: It grows well on a wide range of soils from sandy loamy to clay loams. But it thrives best on fertile and well-drained loamy soils. Well-drained, alluvial, and loamy soils are good for pigeon pea cultivation. It can also be grown on heavy soils with good drainage as it is very susceptible to waterlogging during the Seedling Stage. It can be grown successfully on soils having a pH range of 6.5-7.5.

Land preparation in Redgram farming: Being a deep-rooted crop, it requires deep, well pulverized properly tilled and well-drained seed bed. Deep ploughing by soil turning plough to a depth of 15cm followed by 2-3 discing and harrowing followed by planking is essential. If necessary leveling should be done to avoid stagnation of water, ensure uniform irrigation and proper drainage.

Maturity indices in Redgram cultivation: Redgram is an intermediate growth type and the growth is continued with reproductive phase. The pods attained a physiological maturity at 40 days after 50% flowering.

Harvesting and Yield in Redgram Farming:

Harvesting of Redgram: Harvest the plants when 80% of the pods are mature. Stack the plants for a few days. Separate the pods with sticks and grains are separated from husk and dried to optimum moisture level (10-12%) The harvesting is done when 75% of pods turn brown. Extra early varieties mature in 110-115 days, early varieties in 135-160 days, medium late in 160-200 days, and late varieties in more than 200 days. The harvesting is done with a sickle by cutting from 7.5-25cm above the ground level. Harvested plants are left in the sun for drying. Threshing is done either by beating the pods with a stick or by the mechanical thresher.

Yield of Redgram: the yield of Redgram ranges from 20-25q/ha but improved technology 3-6 t/ha grains and 50-60 quintal sticks can be obtained.

Post harvesting management practices in Redgram Farming Package of Practices: Cleaning of seeds by handpicking or electric fan, manual winnowing at the time of cleaning should be done. Grading of seeds according to its size and shape can be graded through manual grading with bigger whole iron sieves.  Bagging can be done in jute (gunny bags), Mud bin, polythene bags. Store it at room temperature. Care should the taken that the optimum moisture content in seeds should be 8-10%.

Conclusion: This is all about Redgram or pigeonpea cultivation and farming guide. Gor more queries, comment below.