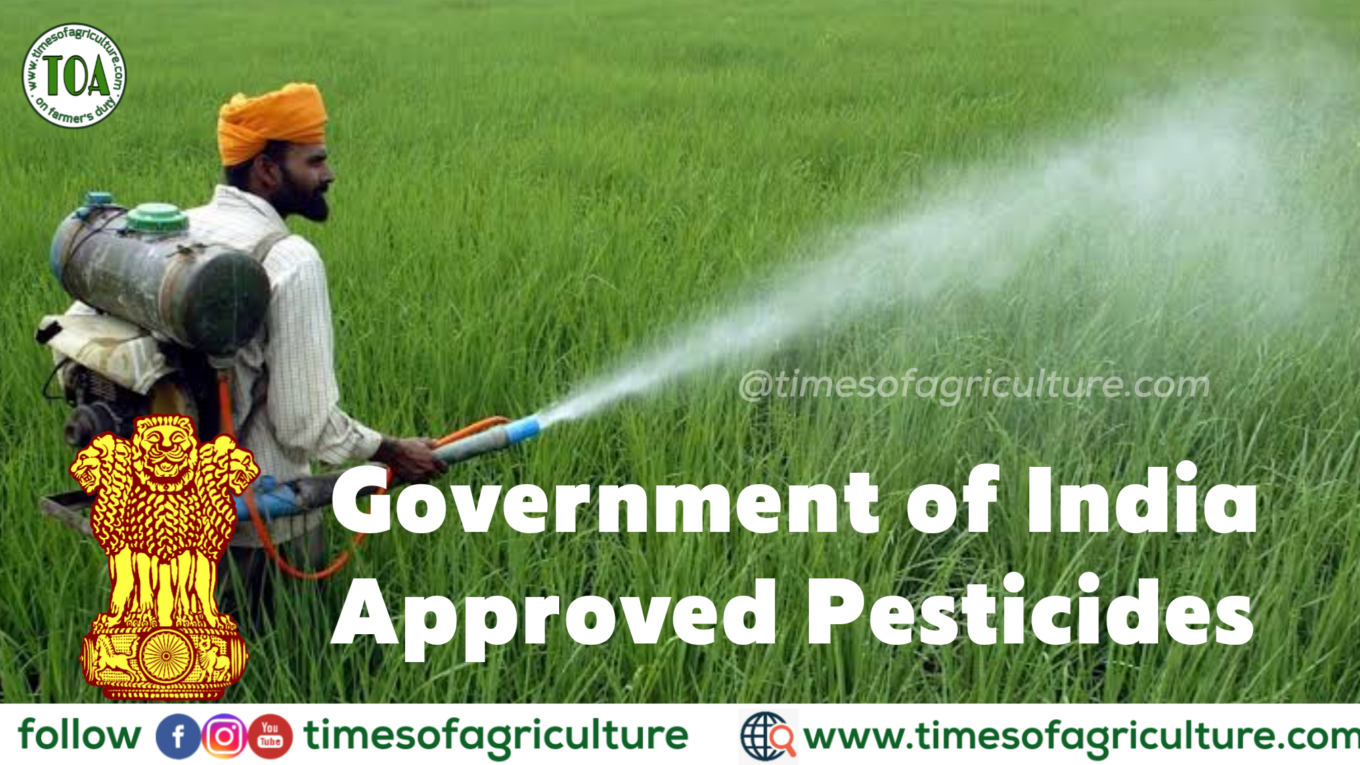 In this post, we will let you know about how to know whether a pesticide that you are using has the approval of the Government of India or not. You will get to know this in a step by step procedure here in this article. Hence please read the following content to know the same.

The green revolution in India introduced chemical pesticide usage in agriculture. Year-on-year, the use of agrochemicals increased with the patronage of government. Chemical pesticide usage has become intensive and the consumption of pesticide in India 60599 MT for the year 2019-20 (DPQS). Various studies have revealed that food, environment including the breast milk of mothers in India is polluted with pesticides. A recent report published by All India Network Project on Pesticide Residues revealed that pesticide residue is detected in 18.7 percent of samples are unapproved pesticides and residues above the maximum residue level (MRL) recommended by FSSAI were noted in 2.6 percent of samples. Most of the samples has residues of multiple pesticides.

Exposure to pesticides is a major problem among farming communities in India. India’s horticulture and marine exports are suffering a high rejection rate on account of pesticide residues. Lack of monitoring and surveillance of pesticide residue and excess using in farming, Indian farming is exposing major problems. Hence the monitoring and surveillance should bring it from farmers than to the political system of India. Only 25% – 30% of the farmers are aware of the correct and proper use of pesticides. To know whether a pesticide has a recommendation or not, follow the steps below.

Step I: First of all, know the technical name (active ingredient) of a pesticide along with its concentration (in percentage) and nature (SC, WP, SP, GR, etc.,).

Step V: Then, select Major Use of Pesticides column.

However, you can also visit directly at CIBRC approved Pesticides List

One of the realistic ways to get sustainable agriculture is by using chemical and non‐chemical control measures. One should do this by applying Integrated Pest Management (IMP) principles. By using a proper recommended level of pesticide may improve the environment and farmers’ health. We hope that you have now an idea of the pesticide approval in India.