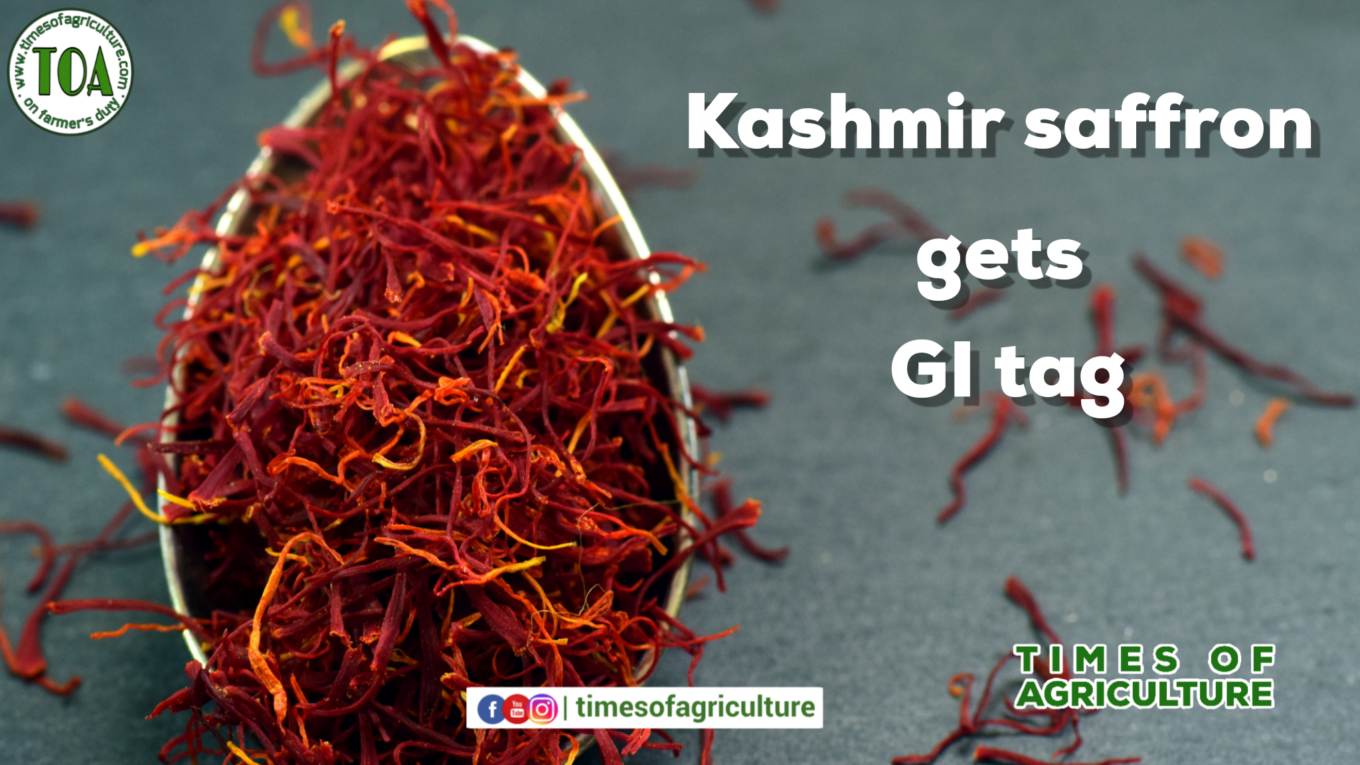 The Jammu and Kashmir government gave the certification of Geographical Indication (GI) certification for saffron cultivated  in the Kashmir Valley, even as the saffron crop sees both decrease in its production and cultivation of the saffron.

Depicting it as “an earth shattering choice of the Center”, J&K Lieutenant Governor G. C. Murmu said this was the primary significant advance to put saffron cultivated  in the Kashmir Valley on the world map with authentication.  He also said that “with the GI tag, Kashmir saffron will acquire more procurement   in the international market and would assist farmer with getting the best profitable value for their produce”.

GI certification for Kashmir saffron may be a game changer in the international saffron market.

The GI authentication would likewise stop contaminated predominant in the exchange of Kashmir saffron. Kashmir saffron, developed at an elevation of 1,600 meters, saw a lofty decrease underway by around 65%, from 16 metric tons to 5.6 metric tons, in 2018.

As indicated by an official information, the saffron land under cultivation has likewise declined down to 3,715 hectares in 2009-10 from 5,707 hectares in 1996. In addition, saffron yield has shown a sharp decrease from 3.13 kg per hectare to 2.5 kg per hectare. Kashmir saffron faces hardened rivalry from Iranian saffron, which has caught over 90% portion of the world market.