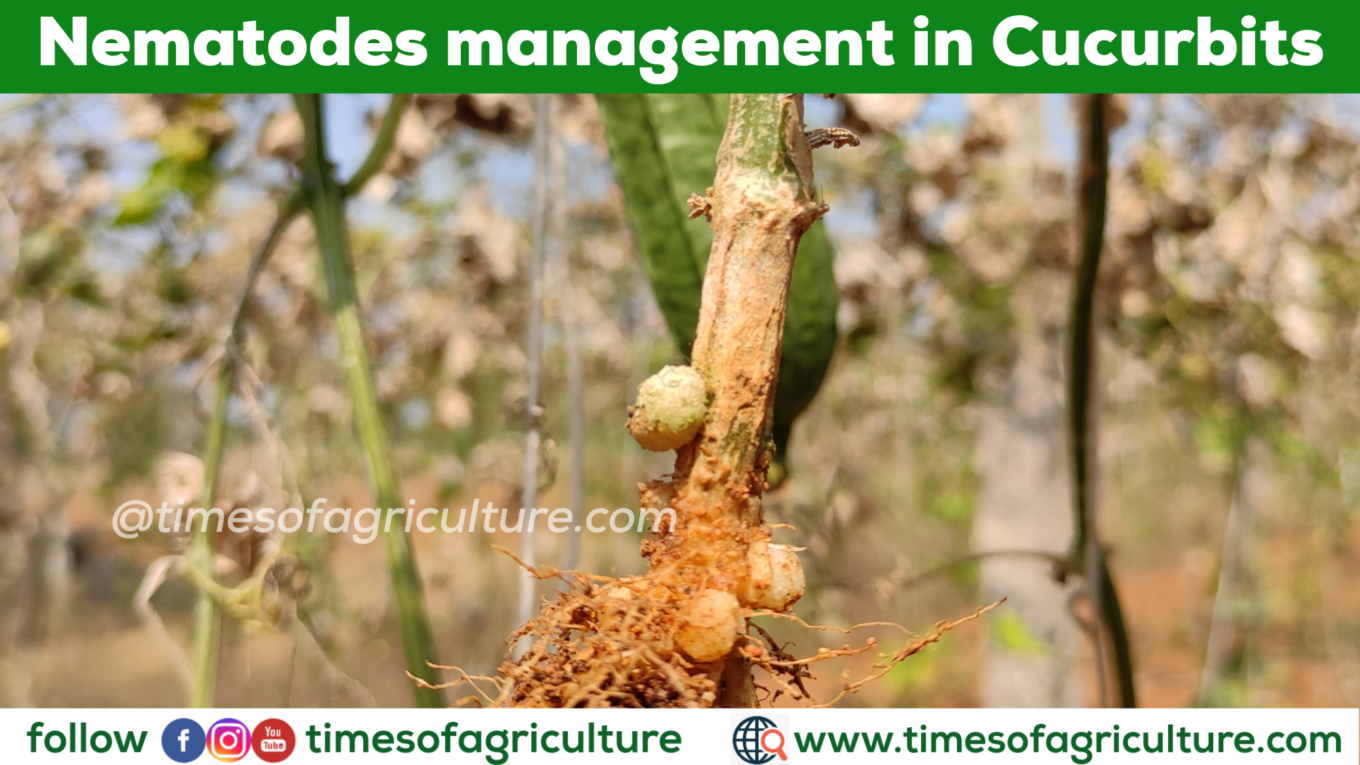 It is very difficult to control Nematodes in fruit crops, vegetables, and Cereals. We know that Gourds are healthy vegetables in the human diet. Gourds are also known as Cucurbits. Vegetables such as Bittergourd, Ridge gourd, Snake gourd, etc comes under Cucurbits. Also, Pumpkin and Watermelon fruits come under the gourd family. Nematodes are small microscopic worms that cause root damage in all the gourds or cucurbits. Those plant-parasitic nematodes take shelter in the soil and feed on the plants in favorable conditions. Gourds are prone to Nematodes such as  Meloidogyne spp.  viz., Southern (M. incognita), and Javanese (M. javanica) root-knot nematodes. However, cucurbits are poor hosts to the northern root-knot nematode (Meloidogyne hapla). Nematodes attack the Cucurbits at good soil moisture ranging from 70-90 RH and temperatures between 160C to 210C.

How to control Mealybugs in garden plants

This is all about how to do organic and chemical control of Plant-parasitic Nematodes in Gourds. Furthermore, if you have any queries, comment below.