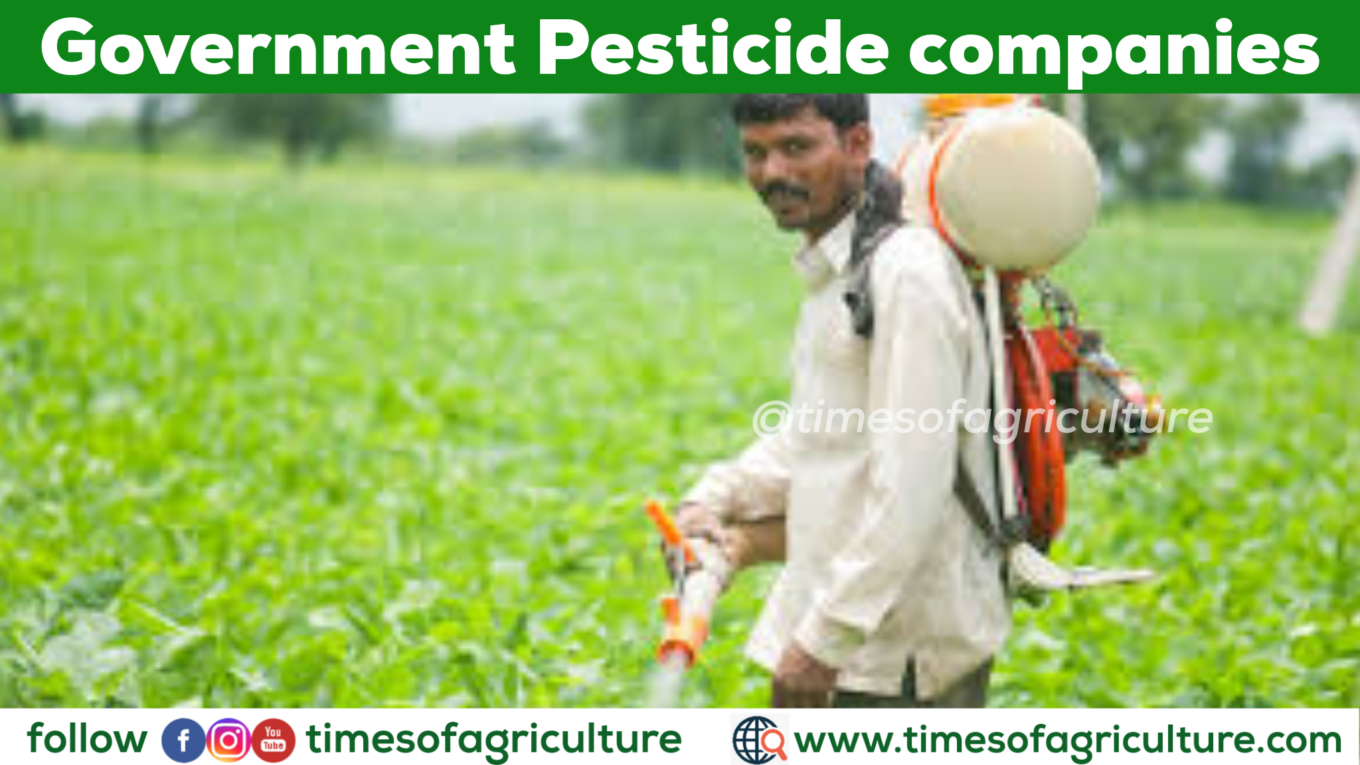 In India, several insecticide companies are operated by India’s central or state government. The sector plays a crucial role in the improvement of the nation’s agricultural growth and economic development. The government provides farmers with a lot of incentives and discounts for insecticide goods. Substances that are used to kill insects are insecticides. Ovicides and larvicides were used against larvae and insect eggs. Insecticides are used in agriculture as well as in pharmacy sectors.

List of Pesticide companies owned by the Govt. of India

Under the Ministry of Chemicals and Fertilizers, Hindustan Insecticides Limited is an organization of the Government of India. It is incorporated in March 1954 to launch the development of DDT for the National Malaria Eradication Programme. Since then the product range has been widened to include insecticides, herbicides, rodenticides, and fungicides. HIL is the largest manufacturer of DDT in the world. The company has three manufacturing units based in Udyogamandal near Kochi (South India), Rasayani near Mumbai (West India), and Bathinda in Punjab (Northern India).

Insecticides (India) Ltd. dedicated to strengthening agriculture with a highly efficient and progressive vision and goal to make Indian farmers prosperous. Insecticides (India) is today one of the leading names in the crop protection industry, having made a modest foray into the Indian Agricultural Space in 2002. Today, Insecticides (India) produces all varieties of insecticides, weedicides, fungicides, and PGRs for all types of crops and households, with more than 120 formulation products and 15 technical products.

Rashtriya Chemicals & Fertilizers Ltd. is an Indian public sector company under the Government of India’s Ministry of Chemicals and Fertilizers, headquartered in Mumbai. After Coromandel International, NFL, Chambal and GSFC, RCF is the fourth-largest Fertilizer manufacturer in India.

Fertilizers and Chemicals Travancore Limited, or FACT, is a company manufacturing fertilizers and chemicals situated in Kochi, Kerala, India. The enterprise established by Maharajah Sree Chithira Thirunal Balarama Varma of the Travancore Kingdom in 1943. In independent India, it is the first fertilizer development company and also the major central public sector undertaking (CPSU) in the State of Kerala.

Pyrites Phosphates & Chemicals Limited is a corporation established on November 1st, 1965. It is listed as a company of the Union Govt. and registered with the Registrar of Companies, Patna. Last Annual General Meeting (AGM) of Pyrites Phosphates & Chemicals Limited held dated 30 November 2006. The most recent balance sheet available from the Ministry of Corporate Affairs (MCA) is dated 31 March 2006.

Therefore, this is all about the list of pesticide companies owned by the Government of India.