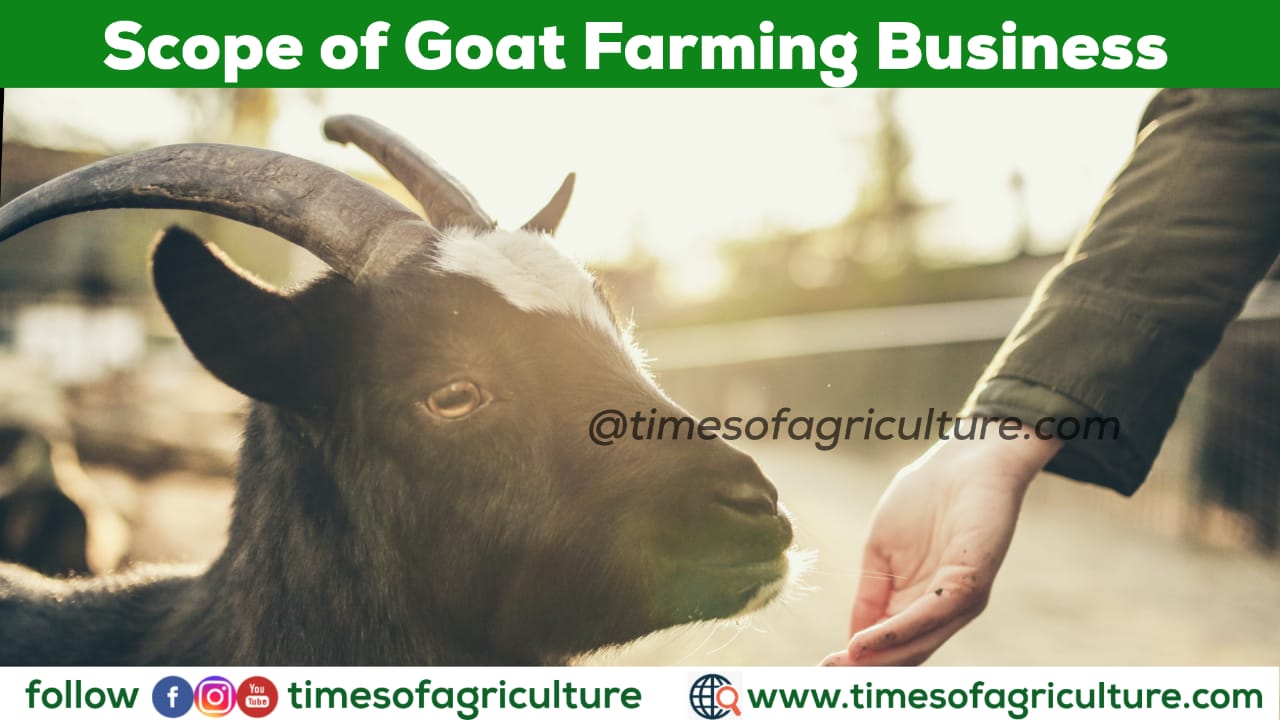 Goats are widely distributed and are of great importance as a major source of livelihood to the small farmers and the landless labor in rural communities and countryside regions. Their productivity in this system is low and there is ample opportunity for improvement. Several large and progressive farmers have adopted commercial farming which helps in increasing the productivity of goats and bridging the demand-supply gap. However, the use of improved technologies, particularly prophylaxis, superior germplasm, low-cost feeds and fodder, and innovative marketing of the product would be the prerequisites for successful commercial production of the Goat Farming business. Since goats are very well adapted to harsh environmental conditions, livestock management portfolios can be diversified to decrease their risk in case of adverse climatic conditions. The financial investment risk in the goat farming business is much shorter reproduction cycle that gives the Goat Farmers capability to rebuild Goat population numbers much faster than cattle after any kind of reversal.

During the initial phase of goat farming, high mortality due to PPR, diarrhea, pneumonia, tetanus, etc. is a major concern of the farmers due to lack of knowledge about the package of practices of improved goat farming, poor prophylaxis, non-availability of vaccines, etc., poor preparedness of the farmers, lack of personal attention of the entrepreneurs and poor access to a veterinary doctor with experience of small ruminant animals. The trade of live animals which is unorganized and is in the hands of a large number of middlemen, traders, and butchers, does not favor farmers. The live animals were sold not on the basis of their body weight in the livestock markets resulting in underestimation of the value of live animals. The availability of institutional credit was relatively easy for large projects, but was another constraint for the small entrepreneurs with projects of 50-100 goats and had limited capital for collateral security. Age at first parturition, parturition interval, litter size, and mortality determine lifetime production as well as efficiency of production. All of the above factors are clearly related to nutrition, health, and management.

Under crop-livestock production conditions, goats compete for the available resources (land, capital, and labor) with the other farm enterprises. Lack of improvement in their productivity is often attributed to the lack of skilled labor. Most of the labor is provided by the family. The person responsible for the day-to-day care varies widely depending on cultural factors, the number of animals, the production system (extensive or intensive), and other reasons. The role of women farmers in goat farming varies considerably depending on the country, region, ethnic groups, etc. In many regions where Goat Farming is done, women not only take care of the animals but also own and market them. As production systems become more sophisticated, management skill is considered as one of the most serious constraints in achieving higher production. For starting and maintaining a profitable and successful goat farming through entrepreneurship mode, strategic planning to mitigate the following constraints should be provided.

Advantages and Disadvantages of Goat Farming Business in India

Constraints of Goat farming in India

The major constraints of goat farming are listed below: