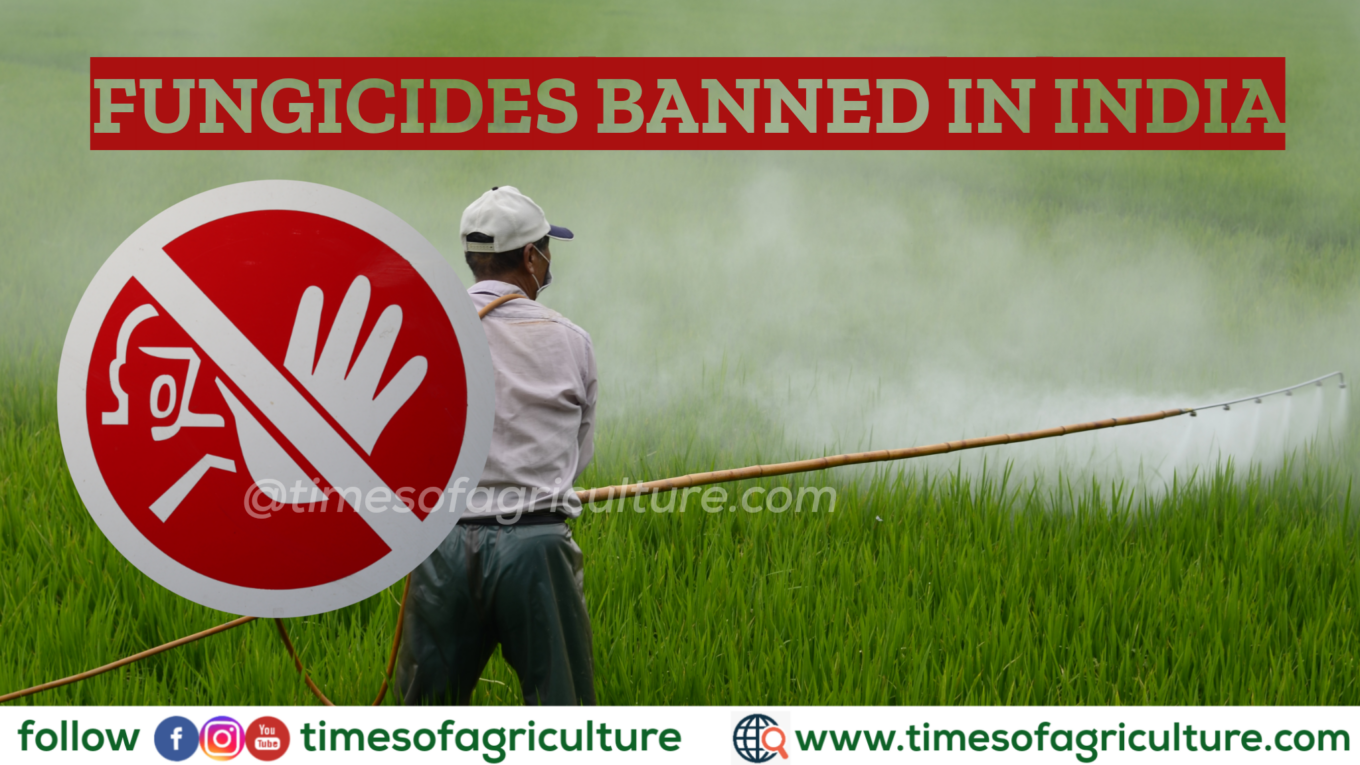 Chemical Fungicides Banned List in India: In order to protect the crop plants from pandemic disease pests, the farmer must use some chemicals to control or eradicate the plant diseases. Those chemical are known as Pesticides. Furthermore, these pesticides are classified into Fungicide which is used to control the plant diseases.

But some fungicides are not recommended for many reasons, hence they are baned. Below is the Fungicides list that are banned in India due to the chemical hazardous to the environment.

Fungicides Banned by Govt. of India for manufacturing, import and use of application in India.

How to use Plantix app in India

Fungicides Withdrawn for use in India

Therefore, this is all about the list of Fungicides banned in India. We hope that you have got the information that you are searching for. We will update the list in the near future if any fungicides are banned by the Government of India and the agriculture department. For more details and queries, comment below.