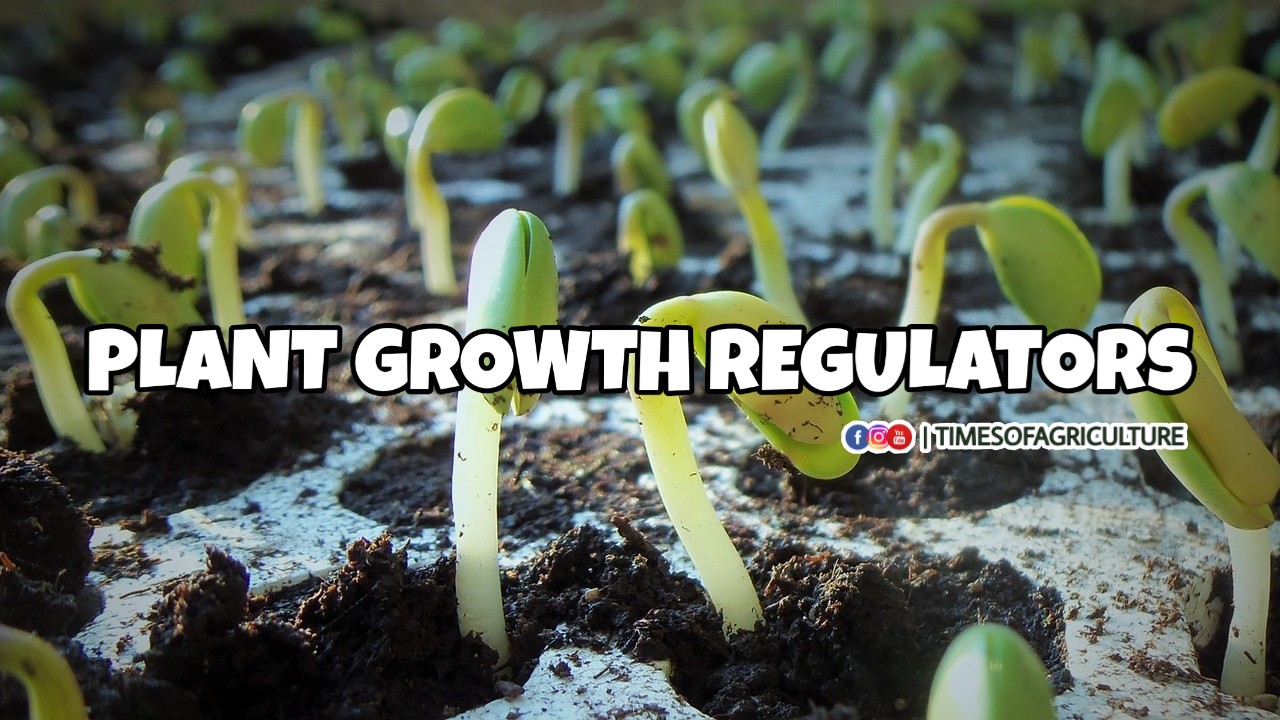 Plant growth regulators also referred to as plant growth hormones or phytohormones. Plant growth hormones are the organic substance of minute amount in smaller concentrations which involves the physiological process like growth, development and movement of the plant. The plant hormones are either natural or synthetic hormones which alter the structure and metabolic process on application. Some of which provides the beneficial effect of increasing yield and quality of the plant.

Gibberellin is isolated from the infected rice seedling by the fungus Gibberella fujikuroi by A Japanese scientist Kurosawa.

due to severe cold. This dormancy of buds can be broken by gibberellin treatments which show vigorous growth.

Ethylene is the only natural plant growth hormone that exists in gaseous form.

Abscisic acid is mainly known for its regulatory action in abiotic stresses like drought and high salinity. Desiccation tolerance induced by promoting stomatal closure which enables to adapt water stress.

Conclusion: Plant growth regulators have several activities towards yield enhancement and quality improvement and thus playing a major role in the growth and development of the plants.